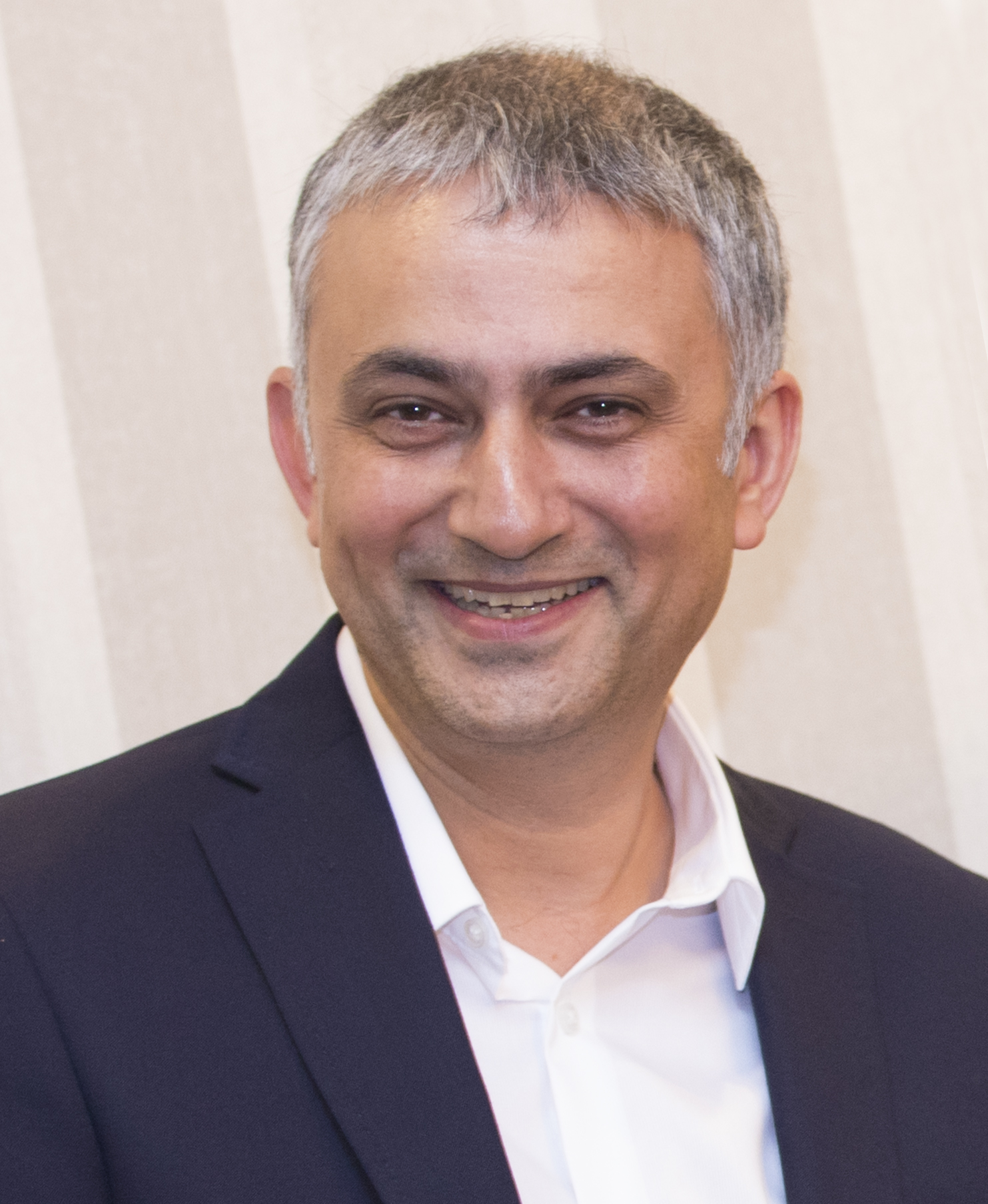 A very warm welcome to Ms. Sumita Dawra, JS DPIIT. Madam, we look forward to working with you on our “Vision 2022” of India entering the Top 10 music markets in the world, which is still on course despite all the economic and executive headwinds we have faced recently. Hoshiarji, Registrar of Copyrights, Ms Surabhi Sharma, Deputy Secretary DPIIT, Ms Nayonika Dutta, Deputy Director DPIIT, Lauri Rechardt, Chief Legal Officer IFPI, IMI Board Members & Members and friends of IMI, we thank you for your presence here today.

Fair Value when looked at as an economic term looks very plain and simple, but when juxtaposed to the recorded music industry or for that matter the creative industries metaphorically, it can be compared to the River Ganga.

A few years back everyone would have laughed hearing Indian music industry being compared to Ganga. Yes, we had some issues, but we have now brought in a host of changes over the last few years:

 Greater transparency overall: both in terms of buying music and licensing the same
 Music labels coming together with both lyricists and music composers as a single body, working towards increasing the overall publishing revenue pie for IPRS, and formulating distribution policies that are fair and are seen fair. The good news is that within 18 months of its re-registration with CISAC, IPRS has become the fastest growing collection body in the publishing world. It shows that when all stakeholders come together, magic can happen
 We are working on a similar partnership with singers to maximise performance revenue for ISRA
 Auditing and reformulating all the policies and processes of our public performance body called PPL, so as to be customer friendly, and weed out corruption and leakages
 Bringing in greater regional focus in all collection bodies to give fair representation to growing regional music market
 Bringing in professionals to run bodies like IMI, PPL, IPRS
 Work with Govt to reduce content piracy. The good news is that more and more youngsters are switching to legal means for listening to music.
 Over 60% of all music heard on music platforms is actually the last 12 months music. This means more and more new talent is getting a chance to shine

We still have a lot of work to do. And we need Govt.’s help in the same. I am sure under the guidance of our dynamic Commerce Minister, Shri Piyush Goyal, we will be able to enter the top 10 music markets.

The Ganga originates in Gangotri and flows through the plains of India creating its various tributaries and touching millions of lives spiritually, socially and economically. Now imagine: what if the flow of the Ganga was damned at the Gangotri? What would then be the consequences on the lives of 100s of millions of Indians, who rely on the Ganga for spiritual, economic and social sustenance?

This is the situation the recorded music industry in India finds itself in for the past decade or so! If the rights holders who invest in the creation, promotion and marketing of music are not remunerated equitably and cannot exert their complete rights over their own creations, it’s as good as getting dammed at source – what incentive will there be to invest? On the other side, if Fair Value is accorded to the Copyright Owners of recorded music it will unleash tangible and intangible benefits, both economic and social.

In the case of the recorded music industry let me take a moment to explain the flow of rights and commercial value between all stakeholders. Let’s take the example of film music which is around 60-70% of new music created:

1. The producer of the film pays the creative talent connected with the creation of the soundtrack, this is a pure economic activity and payments are made on demand and supply.
2. The first right that film producer sells is the official sound track rights and the money thus obtained is the seed money that goes into the production of the film. These rights are bought by music labels for 15-25cr per movie plus royalties of 30% in perpetuity post recouping the upfront payment. The music label then spends marketing monies in promoting the music of the film. Apart from music rights the film producer also recoups his cost by selling movie rights to digital platforms, TV, and theatrical.
3. The music label tries to recover its costs of 15-25cr by licensing the sound recordings to streaming platforms, TV channels, radio stations etc. On an average it takes 7-10years to recover the money given upfront to the producer. Post recovery of its upfront paid money, music label shares around 30% royalties with the film producer in perpetuity
4. The users of music have to also take publishing license from the publishing society IPRS. This money gets distributed between lyricists, composers and owners.
5. We will soon have a similar arrangement with singers of the song
6. The singers and few music composers of the songs also make money through performances in events and weddings. Thankfully for the industry, this market is booming and artistes can make in the range of 3 lakhs to 3 crore per event.

So far, our Ganga is flowing beautifully and creating many tributaries.

Now let me get straight to the blockages:

1. Radio
Despite the fact that the recorded music industry supplies them with the raw materials: recorded music, which is the only key factor that drives listenership resulting in ad revenues, tentpole events like awards, brand solutions for clients all get monetized for the radio broadcasters – we receive paltry compensation in return: INR 60 Cr! This is only a miniscule fraction of their total revenue. This is because Radio stations are supposed to pay only 2% of their topline towards the music costs. On top of that Radio doesn’t pay anything to IPRS for the publishing rights. Imagine a 1200cr music industry subsidising a 3100cr radio industry.

2. Television
Some of the top-rated reality shows on television are music-based talent shows such as Saregamapa Lil’Champs, Superstar Singer and Dance Deewane (as per BARC ratings) are powered by recorded music repertoire. But similar to the radio industry, the returns received from this (TV) INR 74,000 Cr industry do not reflect this contribution.

3. Audio OTT – Digital streaming
With larger user data bases (in 100s of millions of monthly active users), fuelling further investment by VCs, telcos, M&E conglomerates, foreign services and investors (like China) – the audio OTT economy houses enterprises which are valued well over billions of dollars. Recorded music is driving the strength of these data bases and thus valuations of these services.
Currently, these platforms negotiate voluntary licenses with rights holders but concerning mis-interpretations of statutory licensing framework threaten to derail this train, as owners and creators of copyrights are increasingly pressured to accept lower rates by these platforms, else be forced to license at government regulated tariffs.
This is deeply concerning, not to mention internationally unprecedented. Nowhere in the world is digital streaming covered under statutory licensing. The landmark Bombay HC verdict in this matter was a welcome relief, but there is a need for greater clarity to ensure this confusion doesn’t impact the ease of doing business in the recorded music industry.

4. Lack of PP penetration
The administration of PP licenses remains low as lack of voluntary uptake by a large number of establishments such as restaurants, pubs, casual diners, is made worse by the low priority accorded to PP copyright infringement by law enforcement agencies.
It’s not that we are not responsible for some of this mess. There are 3 bodies today issuing public performance licenses for sound recording, and none of them have a copyright registration. We urge Govt to help resolve this impasse by issuing PPL registration, while we commit to bringing more customer friendliness in our operations.

5. Piracy
Revenue leakages due to piracy are a regular occurrence with industry losses racking up close to INR 1500 crore annually. 76%, i.e. piracy rates in India, as per the IFPI Music Consumer Insights report (2018), remain the highest in the world and are a true challenge to the stakeholders in the value chain receiving fair remuneration for their investments.
We are glad with the efforts of the DPIIT, CIPAM and state govts, for example, the MCDCU (Maharashtra Cyber Digital Crimes Unit) project, but there is a need for a greater number of such initiatives and we are hopeful more of such projects can be replicated across India.

Now, imagine if these blockages such as statutory licensing, non-registration of PPL, unreasonably low tariff for Radio etc are removed and fair value accrues to the copyright holder. This musical Ganga will find more tributaries. And more investments will come into the industry thus creating jobs and adding to the GDP for example,

1. As we gradually move towards a balanced film and non-film music ecosystem, the investments in songwriters, publishers, i.e., the artist economy will increase proportionately – the performers will be the biggest beneficiaries and more talent across the 26 states will be discovered.
2. Regional and sub regional repertoire – Digital democratization is driving consumption of music all across India: the growth of the Punjabi, Telugu and Tamil music markets, to name a few, have seen growth over the last three years. Genres within the regional languages are also shining light on new creative talent. For example, genres such as Malayalam rap, Malayalam pop have seen a plethora of artists enter the space.
3. Global outlook and soft power – The recorded music industry is in a unique position to help India leverage its soft power, promote the cultural life of the country internationally and promote collaborative opportunities, owing to the popularity of Indian music and the vast Indian diaspora abroad.

I would like to conclude by saying just imagine the lives the music industry can and will touch, the employment that it can and will generate and the contribution to the economy and GDP that it does but is so sparingly measured. With a little help from Govt., we can grow this industry multifold.