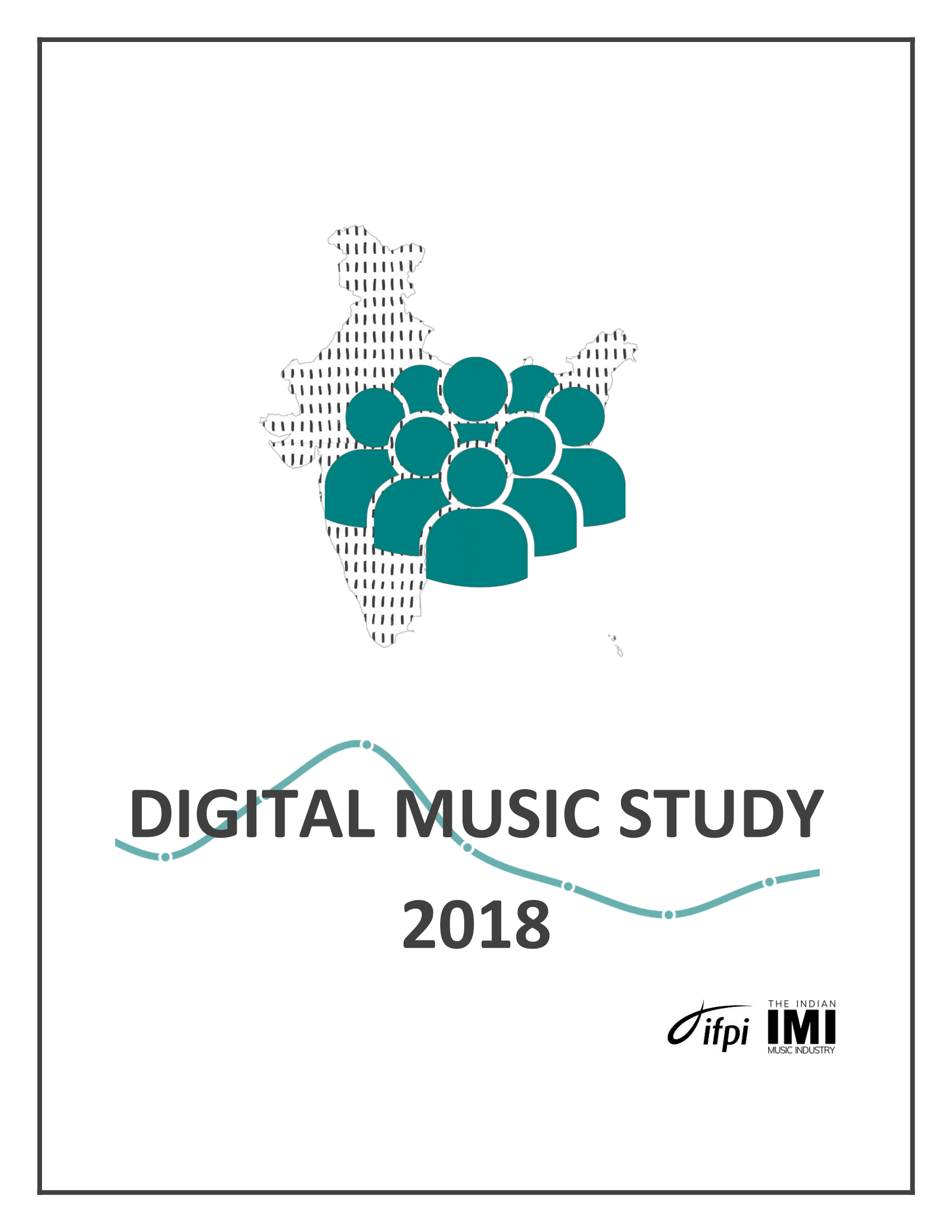 IFPI designed and ran the Music Consumer Study 2018 across 20 of the world’s major music markets, exploring the music habits of consumers worldwide. Fieldwork was carried out by independent research agency AudienceNet. India was a key part of the study and this document explores some of the insights taken from the responses of the 2,000 surveyed Internet users in India aged between 16-64. The policy implications of this study are also discussed.

Key Insights:
– Music is central to the lives of Internet users in India. An average user spends 21.5 Hours listening to music per week – more than three hours each day – which is more than the global average of 17.8 hrs/week.

– On-demand streaming (comprising paid and free audio streaming services and any kind of video streaming) and social media accounts for nearly half (49%) of all the time spent listening to music.
– Piracy continues to have a huge impact on the recorded music industry in India. While the ease of access to licensed content on a plethora of audio streaming platforms offers consumers a simple way to consume licensed music, 76% of internet users still admit to using pirated music in the last three months.
– Internet users in India spend nearly 3 hours each week (13% of total time) listening to pirated music. That means Indian internet users listen to pirated music for more time than in any other country in the study.